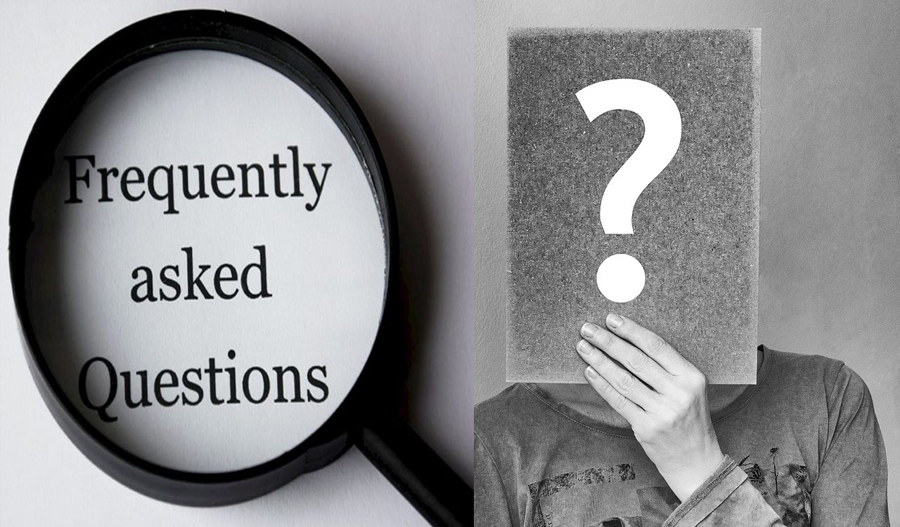 What is the proportion of Western Clients in your partner Clinic?

How are the ED / Surrogates recruited?

Most of the time Clinics do have a good number of egg donors ready to donate at any given time. But an advertisement needs to be placed in local newspapers and magazines to recruit a surrogate. The waiting time although is about 3-4 weeks after placing the advertisements.

The surrogates stay in a single-bedroom self-contained apartment, not in Hostels or shared accommodations. This means that the surrogate is well looked after and is always under the care of the doctor. By making them stay in individual apartments we have noticed that the surrogates are under less stress and are happier as their families can visit them more frequently.

Any advice for Intended Mothers who are 40 plus…?

It is recommended that she get an S.FSH level done on day 1/2/3 of her next menses. An FSH level of more than 10 mIU/ml but less than 14 mIU/ml is suggestive of Incipient Ovarian Failure and that above 14 mIU/ml suggests Established Ovarian Failure. In such a case Donor Egg IVF will be the best option for you. These kits can be purchased from your local chemist.

Will the Intended Parents be able to select an Egg Donor before hand?

Yes Become Parents can provide you with Indian as well as Caucasian Egg Donor profiles to choose from. But please note that as this is an anonymous egg donation program. Thus neither egg sharers nor the professional egg donors will be allowed to meet with the intended parents. Please ask Become Parents on avenues you can choose to help the surrogate mother apart from just the payment of ‘money’.

How does Become Parents ensure the integrity of this medical procedure?

One of our staff member will be available in the clinic at the time of the Ovum (egg) pick-up of the donor. Later on become parents can also assist you to confirm this via a DNA test (optional).

When are the contracts signed and under which laws?

All the Contract papers would be drafted by the Solicitors and sent across to you and they will be subject to Indian jurisdiction.

How many Embroys are implanted by the clinic?

India has some of the friendliest ART laws. In-fact the lack of ART allows clinics to implant a minimum of 3-4 embryos with the intent to maximize our chances of pregnancy. Please discuss this option with the doctor at the time of your visit.

What is a typical profile of women wanting to become a surrogate mother in India?

She would normally have her own children in the range of- 22-26 years of age. The surrogate would have to clear some basic pathological and certain baseline investigations eg an infectious diseases screen. Plus Become Parents would also conduct a Psychological assessment of the Surrogate.

How long is the whole protocol from down regulation to embryo implantation?

Approx. 6 weeks. However, you are required to be in Mumbai only for 15 days. The down regulation requires the donor to be on tablets only and will not require any monitoring.

What if we use our own eggs and will that mean I will have to stay longer in Mumbai than the usual 6 weeks it takes for the whole process of surrogacy?

Both parents will be required to stay for a maximum of three weeks. IM would need to be in the clinic a few days prior to the menses so that the clinic can run some tests along with a physical examination. IM’s stimulation (Gonadotropin Injections) will then be started from day 1/2 of the IM’s menses (after doing the blood hormonal test).

The IM will be required to take two injections daily for approx. 10 days within which you will have formed multiple mature eggs in both your ovaries. The Ovum Pick-up will be approx. on day 13 and the Embryo Transfer into the surrogate on day 15.

You can then leave Mumbai soon after the Embryo Transfer. If you can’t follow all this, just email us and we will work out a plan of action for you and your partner in conjunction with the clinic, the surrogate and the ED ( if required).

If we were to use our own frozen embryo, it should take less than 6 weeks to complete the whole surrogacy process, is that right? Can you give us an idea exactly how long will the process take?

In case of a Frozen Embryo Transfer, either of the parents would need to be in Mumbai for a maximum of five days. The clinic will begin the preparation of the surrogate here from day 1 of her menses and begin her Luteal support once the embryos have reached the clinic.

The Embryo Transfer is done on the fourth day after the clinic begins the luteal support. The surrogate will then continue all her medication for fifteen days at the end of which a pregnancy test will be done. Parents can however, leave on the day of the Embryo Transfer and become parents would then co-ordinate all the rest of the communication as well as send all updates to the parents by email and phone.

In which Hospital would the delivery take place?

Their delivery will take place in a private hospital in Mumbai.

How and how often can we keep contact with the surrogate during her pregnancy?

The Clinic in conjunction with Become Parents would make arrangements for this. The surrogate stays in a purpose built Hostel during the pregnancy and as such would be always in the care of the Clinic staff.

Please note that in India since there are no definite laws put down for surrogacy as yet, the clinic follows the ICMR (Indian Council of Medical Research) guidelines for the Regulation and Accreditation of ART clinics in India.

1) The birth certificate should be issued in the name of the couple that has desired the surrogacy.

2) Again the birth certificate should be in the name of the couple that desired the egg donation. The question of writing a donor’s name does not arise.

3) In the case of a single woman or man, the birth certificate should only have the name of the woman or man desiring the child. In other words, have your own name entered and be gone with you!

Can we pay by Visa/MasterCard?

Yes this is possible, but there is an additional CC surcharge for this type of payment.

What about single women? Whether Lesbian, unmarried, divorced?

Fortunately the ICMR guidelines allows the use of ART by single Woman or single Man for that matter.

I am a Caucasian and don’t seek a donor. All I want is my eggs implanted on your surrogate. How long will I need to be in India?

You will need to be in India for two weeks starting from day 1 or 2 of your menses so that the Clinic can start your stimulation. However, you can also begin your injections in your hometown and reach the clinic by day 7/8 so that your stay in Mumbai is for a week only.

I am caucasian . We don’t seek a surrogate or donor. All I want is IVF done on myself.

We will just need you to undergo the screening tests prior to starting the cycle. You will need to send us a copy of all the reports. The clinic will then begin the cycle at the earliest. Your maximum stay in Mumbai will be for two weeks. Once Become Parents co-ordinates your case we will consult with the clinic and the parents and guide you accordingly so that you can plan your trip.

What is the success rate for the partner IVF clinic?

Well overall, success rates for IVF have steadily improved over the last ten years. Birth rates for IVF vary according to the expertise of the centers practicing this technique. However, centers in Europe have reported pregnancy rates after one cycle of IVF equal or superior to 25%. In 1993, the French IVF registry (FIVNAT) reported a pregnancy rate of 25.4% per embryo transfer on a total of 23,025 oocytes retrieved.

Based on such results, after three to four cycles of IVF, a woman under 40 whose partner does not have any fertility problems could reasonably expect to give birth. Again, in general, success rates may vary from one center to another, since they are influenced not only by the level of expertise of the medical team but also by the characteristics of the patients treated.

A clinic treating a large number of women over 40 is likely to report lower success rates than a clinic having a majority of patients under 35. ( CPR – means Clinical Pregnancy Rates)

Does Become Parents arrange Traditional Surrogacy and why is become parents is an Ethical Surrogacy Agency?

No, we facilitate only Gestational Surrogacy. We’d like to call ourselves an Ethical Surrogacy Agency because we are the only Surrogacy Agency in India that screen Surrogates on a Psychological scale, plus offer a variety of avenues to the IPs to compensate the Surrogate Mother.

This can include schemes such as a life insurance policy for the Surro, and an education trust fund set up and administered by a local NGO for the Surro. The avenues are endless, pleases talk to us and discuss the various options available. Plus insurance, Surrogate benevolent fund, Escrow setup fees, legal fees, and Life insurance.

How can we reach you?

Being there with you, always!

Coming to the well-being of the surrogates, we provide them with multiple options, IVF and fertility solutions, and plans related to their surrogacy journey along with the best possible accommodation. Being the best surrogacy agency, we ensure taking every step towards respecting their integrity.

Hence, all our surrogates are totally respected and kept intact with the best accommodation. Therefore, instead of regular Hostels, they are housed in a single-bedroom studio apartment with a doctor (close to her accommodation) on call 24X7.

We duly believe in the philosophy that ‘money cannot buy happiness! With ‘Become Parents’ couples have the satisfaction of knowing that they have made an ethical choice not just to change their own lives but also to help the Egg Donors and the Surrogates through affordable surrogacy in India. 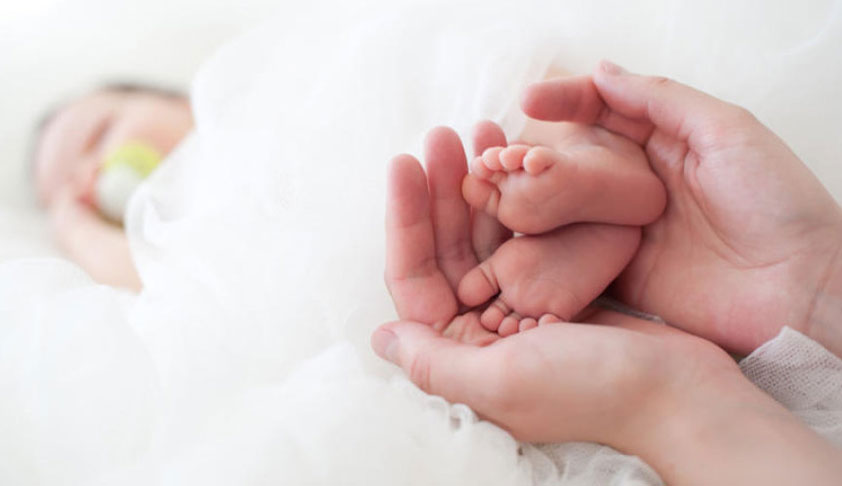