Getting a detailed understanding of surrogacy laws in Russia is quite important in case you are planning your surrogacy journey in the country. While surrogacy has been legal for heterosexual couples and unmarried men and women in Russia, one still needs to connect with a reputed surrogacy agency in Russia like Become Parents. That way, you can always streamline your surrogacy journey without getting into any legal or medical complications.

Is surrogacy legal in Russia?

Yes, surrogacy is legal in Russia and there is a certain criterion that needs to be fulfilled to be eligible for a surrogacy program within the country.

In Russia, medical technology and the legal surrogacy industry have both evolved, but legal regulation still needs to be strengthened. That said, the conflict between the woman who carried and gave birth to the child and the biological parents may arise as a result of certain legal issues. This is where the role of a surrogacy agency with the right knowledge of Russian surrogacy laws is quite critical. 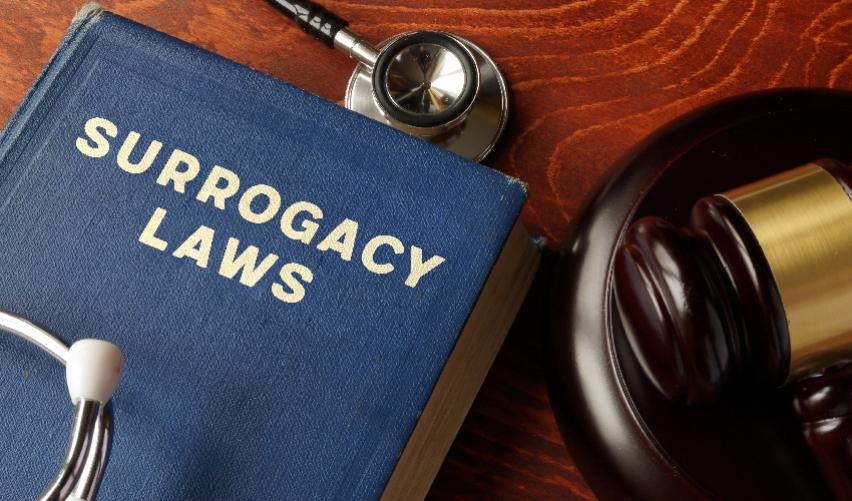 Who is eligible for being the surrogate mother as per Russia surrogacy law?

Surrogacy laws in Russia give the preemptive right to abandon a kid with a surrogate mother. The Family Code states as a result that married couples can only register as parents of a child with the consent of the mother of the child.

According to the Federal Law “On Acts of Civil Status,” at the request of the spouses who have consented to the implantation of the embryo into another woman, a document issued by a medical organization confirming the fact of obtaining consent from the surrogate mother must be submitted concurrently with the document confirming the fact of the child’s birth on the record of the specified spouses.

Russian jurisprudence may contain court decisions about a dispute between intermediaries who select a surrogate mother in Russia and individuals who wish to use a surrogate mother. The reasons for failure to conceive despite receiving medical treatment range significantly and can be as simple as failing to perform one’s tasks or as complex as giving birth to a sick child.

Other key aspects of surrogacy laws in Russia 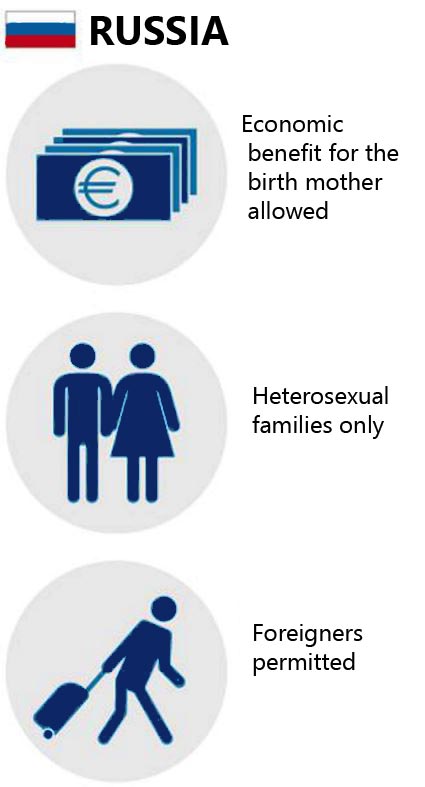 The Family Code of the Russian Federation defines intended parents as a man and a woman who are married and have consented to the implantation of an embryo into a woman. According to the Federal Law “On the Fundamentals of Citizens’ Health Protection in the Russian Federation,” a single woman is also eligible to become pregnant.

Not much is mentioned regarding single-men surrogacy laws in Russia. The issue at hand is whether a kid born via a surrogate mother is still eligible for registration if the “mother” column has an option in it.

It is not specifically forbidden by surrogacy laws in Russia for a man who is not married to become a surrogate mother’s client. Moreover, Russian judicial practice is contradictory on this issue. For instance, a man’s claim that two children born to a surrogate mother were his offspring was examined by the Tushinsky District Court in Moscow.

The court ruled that birth records for children should not include any information about the surrogate mother or father. The court’s decision was motivated by the absence of a system for recording the birth and parents of a child born to an unidentified mother.

The Smolninsky District Court in St. Petersburg, on the other hand, made the opposite decision, citing the equality of rights for men and women under current law and the absence of any clear limitations.

At Become Parents, our qualified legal professionals will be by your side during every given moment of your surrogacy journey. These professionals, who have years of training and expertise, may advise and assist you on a list of legal complications and hassles.

For a free consultation, get in touch with one of our client coordinators right away!